The Australian company AFS produces wall structures (sandwich panels) under the brand name AFS Logicwall®. A feature of production is that sandwich panels (actually the walls of the future building) are made to order for a specific construction project. Each panel has a given size, has its exact place in the plan of the future building and is marked with a bar code. Upon shipment, the construction company receives formed panel pallets with detailed information about each pallet. This minimizes the installation time of panels during construction.

Such an individual approach to each project with a significant volume of production requires a control system for the production process and compliance with the production schedule at each production site. In addition, control over the actual consumption of materials used is necessary. TriA, in close collaboration with AFS representatives, developed a production management system.

Let’s go over the main modules of the program: 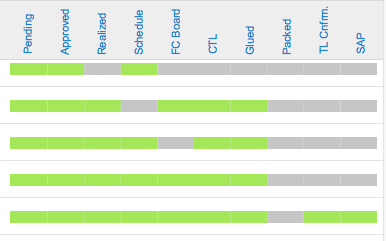 Production module In this module, the Employee of the planning department with a simple “drag and drop” forms the order of production of the project based on the priorities and planned dates of shipment. It also provides automatic queuing based on predetermined production capacities, which allows you to quickly distribute projects by day of the week, creating a weekly production plan. The module also displays all current project information coming from production sites within the system, so the manager sees the production status in detail for each project (which pallet with panels at what stage of production is currently located.)

Reports module A system of production reports that allows to control the consumption of materials. The current version provides following reports:

Materials accounting at production sites allows for end-to-end quality control. For example, based on reports, it is possible for each panel to track its raw materials: fiber cement sheets and metal coil.

Operators Interface Specialized workplaces for all major manufacturing sites. As devices for operators, tablet computers are used, fixed next to the workplace. As work progresses, the operator indicates the materials used and their quantity and notes the completeness of the pallets. A separate interface has been developed for each site, taking into account the specifics of this production operation. 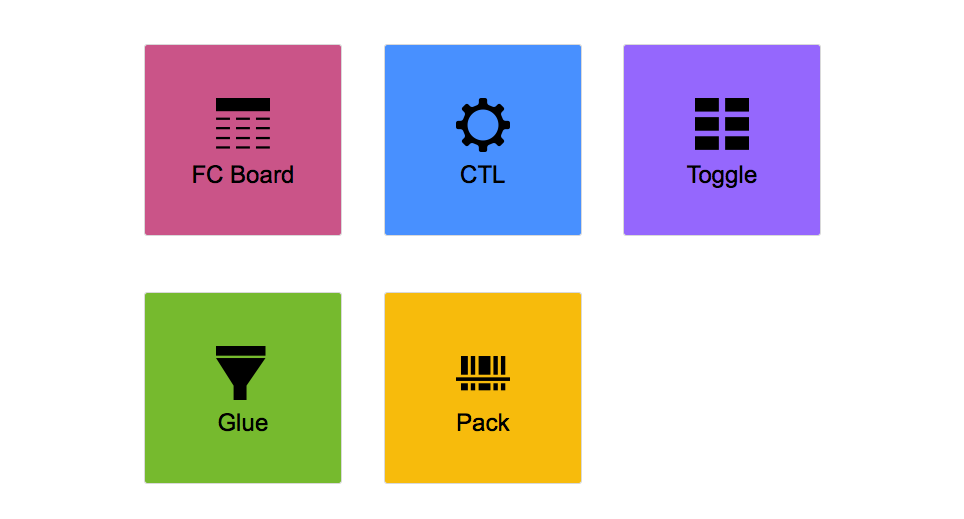 The system continues to evolve, new features are added.